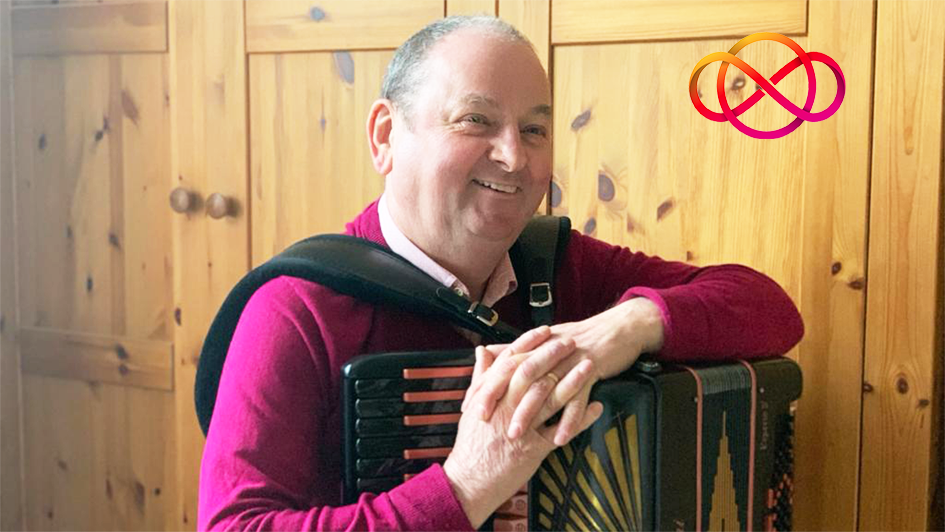 If you were asked to put a number on the size of the Irish dancing community, to take into consideration all of the Irish dancers across all of the organisations, countries and regions around the world, to take into consideration the officials, adjudicators, teachers, parents and people associated with Irish dancing, the number you’re probably thinking of is a vast one. If you were then asked to put a number on the amount of musicians that provide the music to support the roles of all of those people, the number you’d probably be thinking of is a small one. Today there are between 30-50 musicians that regularly perform at feiseanna on ‘the circuit’. That’s between 30-50 musicians supporting the roles of the thousands and thousands involved in Irish dancing across the globe.

One of these iconic musicians is Seamus O’Sullivan. Seamus O’Sullivan is a part of the fabric of Irish dance music. Seamus’ music inspired a generation of musicians that came after him, including Sean O’Brien, Anthony Davis and Brian O’Sullivan to name a few, and his music is still as relevant, respected and revered today as it ever was.

The FEIS App team all feel humbled to be able to say that Seamus O’Sullivan is joining the team.

Seamus was born in 1959 into a family of 9 children. His parents offered music and Irish dance lessons to each of them and his first instrument was the piano because there was one in the home, which Seamus tinkered on from about the age of 6. During his primary school days it was decided by his parents that Seamus would move to accordion lessons because his uncle Joe played the box. At that time there was no accordion in the house, so as soon as Seamus heard that he would be starting accordion lessons he ran to the piano and lay on his left side on the piano stool trying to imagine what playing an accordion would look like.

His first (and only) teacher was Sylvia Wilson in Glasgow and Seamus soon realized that he could learn tunes quickly by ear and was quite often caught out by Sylvia when “supposedly” reading the music. His father bought his first accordion, which was a red 48 bass Baile, and wee Seamus soon managed to crank out some Irish style tunes – a style for which he has become renowned.

His main passion has always been playing music for Irish dancing and he remembers his first time playing at a feis was when he was about 10 years old.

His dancing teacher, the late Frances Teece, who was organising a feis, asked him to come and play a slip jig to fill in whilst the regular musicians were having lunch, and thereafter he gradually began to play at more and more feiseanna. It wasn’t long after this that Seamus was playing at venues in his native Glasgow, the rest of the UK and Ireland, and also various countries abroad such as Italy, Spain, Germany, Russia, China, Australia and the USA.

Seamus O’Sullivan is an icon of Irish dance music. His legacy will live on in Irish dance history forever. But…he’s far from done. Seamus is as motivated to play music today as he has ever been. He has recently purchased a brand new accordion and is currently working on new music to be released on FEIS App. Some of Seamus’ new tracks will also feature his son Brian performing with him.

For a man to play such an integral part in Irish dance for so long and to still have the hunger for it is commendable and inspiring. You will be hearing Seamus O’Sullivan’s music for a long time to come and FEIS App is so proud to be the only platform where Seamus’ music will be available.